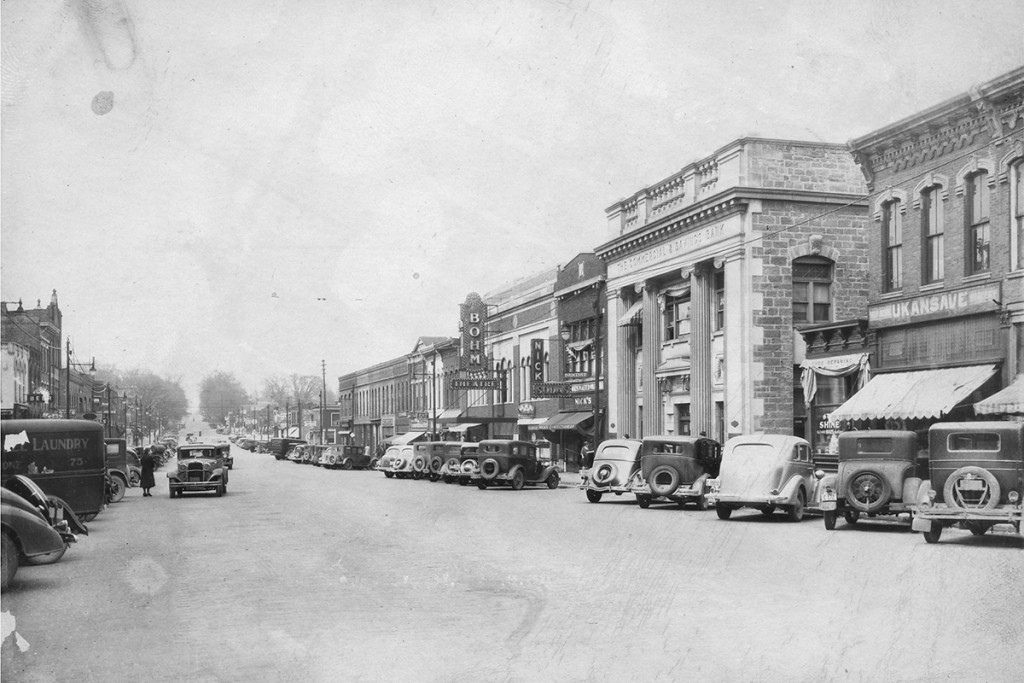 For more than thirty years local arts groups have worked to acquire the Bohm Theatre, but the project was cost prohibitive due to the acquisition costs, combined with necessary renovations. Since the late 1990s, the theatre has struggled, changing ownership several times through various land contracts, and with continued deterioration of the building, in November 2008, the theatre ceased operations, and on March 31, 2010, the property tax reverted to the County.

At that time the Albion Community Foundation and Albion Downtown Development Authority joined forces and formed the Friends of the Bohm Theatre, as an advisory board, to determine how to save this historic landmark and the theatre arts back to downtown Albion. By September 2010 it was evident that there was enough community support to restore and revitalize the historic theatre so the Friends of the Bohm Theatre was incorporated as a Michigan nonprofit corporation. By October 2012 the Friends had received their 501 C3 status, and began efforts to separate from the Foundation so that they could independently operate the theater, once open.

Restoration began in September 2011, immediately after the Friends of the Bohm Theatre acquired the building from the county. Throughout the restoration the Friends partnered with the Albion Community Foundation to provide financial management for the capital campaign, and used its 40 year history and track record to help leverage funds not typically available to start-up organizations. Originally planned to open by Christmas 2014, the Theatre actually opened three months early.

In May 2015, the Bohm Theatre was one of the recipients of the prestigious

George Bohm first opened his new theatre on Superior Street on Christmas Day 1929.  It was truly a gem and especially grand given the Great Depression had just set in.  And one of its most grand features was the Barton Theatre organ, complete with all the bells and whistles required to accompany the silent films of the era.

Early that Christmas morning, before opening the first movie public, Mr. Bohm invited a small group of friends to see the new theatre and its organ.  This group included Bud’s mother, step-father, 2 sisters, and his uncle and aunt, Mr. and Mrs. John Osborn of River Rouge.  The Osborn’s were teachers and Mrs. Osborn, Lillian, also played the organs at the River Rouge Theatre and at their church. Both Mr. and Mrs. Osborn were Albion College graduates.  John was also a high school classmate of George Bohm, and George was pleased to have John’s wife Lillian play the Bohm organ.   Bud, only seven years old at the time, was amazed to see his aunt sitting at the magnificent organ as it rose from the hidden depths.  His other early recollections of The Bohm include memories of Helen Sharp, the ticket seller, who knew when to charge each child the adult price upon reaching age 12.

Bud Davis grew up in Albion and has lived in the area most of his life.  After graduating from Albion High School, he first worked at the Commercial and Savings Bank. During WWII, he served in the United States Air Force.  While he was home on leave, he began to date Olivia (Ruby) whom he had known in high school, she being a year behind him.  At the time, Olivia was serving in the United Stated Navy WAVES, and she was also home on leave. They married in 1947.  (Sadly, Olivia passed away in 2019).  After the war, Mr. Davis was employed as City Clerk and City Treasurer.  His next career move was to Albion Industries, of which he later became co-owner, vice-president, and treasurer.

Mr. Davis recently said, “Albion has always been good to me.”  And, indeed, he has expressed his appreciation for Albion through many gifts supporting the City and the College on various projects.  Most particularly, he was a major contributor toward the historic renovation of The Bohm Theatre, also known as The Davis Center for Film and the Performing Arts. He also made possible the Davis Gallery for displaying the works of local artists in the Bohm II.

The Bohm is truly a master centerpiece for the City of Albion.  It hosts many activities in addition to film, including music and cultural events.  As a non-profit organization, it always needs community support.

Thank you, Mr. Davis, and the whole community.

From the first vaudeville shows and silent films, to the first color movie, Gone With the Wind, to the amazing special effects of Star Wars, the Bohm Theatre has held a special place in the hearts of Albion area theater-goers. What follows are just a few stories that we have collected:

It is well-known that two members of the infamous Purple Gang, Sam Bernstein and Louis Fleischer, lived in Albion during Prohibition and afterward.  The gangs “west” of Michigan were all capable of brewing their own beer and bathtub gin, but were incapable of making “labeled” liquor. The Purple Gang, based in Detroit, had a corner on that market smuggling “labeled” liquor across the Detroit River and distributing it “for a price”. The western gangs had a choice: they could go to war with the Purple Gang to take over the business, or “do” business with the Purples. In truth, none of them wanted anything to do with going to war—the Purples were that bad!

So why did Sam Bernstein and Louis Fleischer live in Albion? Their principal purpose was to meet with gangsters from Chicago, St. Louis, and all points “west” to negotiate the delivery of smuggled “labeled” liquor from Canada through Detroit. Albion’s location between Chicago and Detroit made it a logical meeting place. During their time in Albion, they ran a scrap metal yard called Riverside Metal which they used a front for their real business, robbery. They had an armor-plated, bulletproof car that they used, and kept hidden in Albion. They would not attempt to “crack the safe” during a robbery. Instead they would take the entire safe to their metal yard where they would torch it open and then melt it into slag metal. Poof, no more safe.

Helen Sharp, the long-time ticket-taker for the Bohm Theatre, was still living when Mary and I moved to Albion in 2004. As I began to learn about the history of Albion and the Purple Gang, she told me the following story:

Western gangs members would take the train from Chicago and stay at the Parker House Inn on Michigan Ave. when they came to Albion to do business with the Purples. Negotiations were conducted Sunday evenings during the evening performance at the Bohm. They would purchase tickets, go up to the balcony, and sit in seats immediately in front of the projection booth, and directly under the projector window. The noise of the movie itself was used to cover their conversation which involved negotiations about delivery dates, volume, brand, and price. Of course the noise of the projector itself also helped to cover their conversation.

I’m truly confident that the story is true, as Helen knew everything there was to know about the Bohm Theatre and the people of the town. She “knew” every kid in town, especially their birthdays, so the day they turned 12, she automatically charged them the higher rate. And, I’m told by people who were those kids that she took no guff from any of them. Behave, or it was the road!

The purple seats in the first row of the balcony are a reminder of the Purple Gang and its history with the Bohm Theatre.